Will Canada's ad market see a quick or cautious recovery?

Experts from SMI share what 2020 ad spend trends say about the market and what advertiser confidence will be like in 2021. 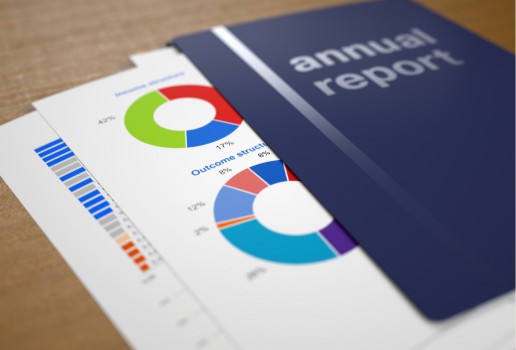 To understand where the industry might be going, it helps to look at where it's coming from.

Advertising in Canada was hit hard when the pandemic arrived in early 2020, much more than its Anglo counterparts like the U.S., U.K., Australia and New Zealand, according to Standard Media Index (SMI). Ad spend declined a whopping 58% in April, the most pronounced drop compared to the other markets. Now, the research firm (which assesses advertising expenditure and pricing data) is releasing its Q4 report, showing how far the Canadian market has come in terms of recovery.

SMI reports that the fourth quarter held 34% of total ad revenue in 2020, which is 5% more than a typical year. Stability began to return as spending levels grew, it says, but revenue was still down 8% versus 2019. To understand last year's ad spend trends and get a sense of what might be in store for year two of the pandemic, CARD spoke with SMI's managing director, Darrick Li, and SVP, marketing, Jason Keown, to dissect the data.

Hockey kicked off this month instead of its regular season start in the fall. We saw a similar delayed start for Major League Baseball and the NHL's Stanley Cup qualifiers last summer. Did you see a surge in demand for advertising when sports returned last year that might indicate a similar bounceback for TV this season?

Li: It was definitely true that, during sports return in the summer, ad spend went up for TV. But one thing that we noticed is that it was only up 6% in August versus the year before and it was flat at 0% growth in September. 6% is just moderate growth. It certainly wasn't high enough to feel like it had compensated for the declines in other media.

From a live programming perspective, we're a nation that relies on sports, but the advertising confidence wasn't quite there. And so that advertising confidence, I think, has translated into this new season that started in January for the NHL, or at the end of December for the NBA. It's not where the TV networks have wanted it to be, especially with the double-digit declines that they saw in the fall when they were no regular sports, due to the pandemic.

So how is that perceived lack of confidence and demand impacting rates?

Li: I think the rates are going to have to come down in order to meet some of the goals that TV networks have. But media owners are also trying to compensate for it. So digital and video, specifically, is going to help bring that overall package up, and we might see some bundling of [TV and digital] to get ad dollars up. But I think if you look at unit rates for sports, specifically, I think they will be down versus previous years that we've seen.

TV was hit particularly hard in Canada than other Anglo markets like the U.S., with ad spend on specialty down 24% and conventional dropping 12%. Why?

Keown: In Canada, NHL is a much bigger sport that drives [viewership and advertising]. In the U.S., it's NFL. And because the NFL returned in the fall in the U.S., they had that content [and weren't hit as hard as Canada]. The other thing that I will point out is that the U.S. had an election in November, and ad dollars went into news channels. We didn't see the same thing here. For obvious reasons.

As for entertainment, Hollywood shut down earlier in the year. So a lot of the fresh content and new episodes took some time to catch up. In Q4, networks [across markets, not just Canada] didn't have the same amount of fresh, new episodes in the schedule. And that, of course, drove down program ratings. But that's going to start catching up now that Hollywood is at least somewhat getting back to normal; there's going to be more content.

Looking forward, what are some of the opportunities to stimulate ad growth for TV?

Li: Networks should look at optimizing their strategy around specific [advertiser categories]. Look at some of the winning categories in terms of ad spenders last year. For example, restaurants and financial services, they spend a lot in digital; working with them to show them the value of shifting those dollars to TV is going to be a challenge but also a great opportunity. CPG is a very strong category on TV. And they've stayed that way throughout the pandemic so far. So maintaining that share of CPG marketing dollars in TV is going to be extremely important for networks.

Canada invested so much in digital that the channel surpassed TV (exceeding 50% of the media mix) in Q2, and steadily increasing to 62% of ad spend by Q4. That's more than the U.S. and the U.K, with digital allocation accounting for 58% and 49%, respectively. What drove the scales to tip?

Li: It has been going on for a couple of years, where digital is increasing and taking a larger portion of the ad spend versus traditional offline media. In Canada, advertisers are often tasked to do more with less or with a smaller budget [than other markets]. And digital is where you're able to look down the funnel of conversion rates and prove that you're doing more with less. Programmatic is another factor that's fueling digital growth here. It's been an easy way for advertisers to invest at a low CPM and reach audiences. But, on the other hand, when we think about long-term branding versus short-term thinking, digital has its disadvantages.

Canadian consumers are also very digitally inclined from a consumption perspective; video has always been strong. So advertisers have a lot of confidence in digital video, they know that Canadians are engaged with video. But I think that, once things start to come back to some sort of normalcy, we will see that pendulum shift a little bit back towards TV this year.

There has been more interest in media owners investing in programmatic for digital OOH, with companies like Rogers making several aquisitions and entering new partnerships this month. What's driving that investment?

Li: Programmatic has just been a way for advertisers to easily shift their dollars, especially at a time when confidence is lower. From a high-level standpoint when it comes to OOH, I think it is definitely poised for a strong year. Programmatic as a new option for digital OOH, it is growing extremely quickly in other markets like Australia, and it's making it much easier for advertisers to get their campaigns in front of eyeballs. OOH, as a programmatic channel, is also one of the more trusted media sources when it comes to ad fraud and brand safety.

With regards to ad spend by category, restaurants and QSR saw a slight jump of 4% in Q4, specificaly placing ads on independent radio. Will there be more growth for them in 2021?

Li: I think it's definitely a sector that is going to continue that growth into the new year. Restaurants have had to find a new way to adapt and reach their consumers, from a delivery perspective, onboarding new platforms, takeout options, all of that. In Q4, I think restaurants had to get the word out that they were changing the way they were doing business, because it was a do-or-die situation. So I think we will continue to see that trend into the early part of 2021.

Keown: As for their reliance on radio, that channel afforded QSRs the ability to change messaging by region, depending on the level of lockdown. So in Ontario, where you may have a stay-at-home order versus in British Columbia, where you may have been able to eat in at a restaurant, they had to send out different messages by region.

While CPG saw an investement decline in Q2 when the pandemic first hit, it grew the following five consecutive months, reaching a 31% peak in December. Same goes for tech, which maintained a 14% growth in each quarter. Why were CPG and tech the only two categories to avoid an annual ad spend decline in 2020?

Li: Tech was a big one for the holidays, specifically. Consumer electronics were extremely popular, there were also new game consoles that came out. Within CPG, personal care and household supplies were the two categories that grew. In some provinces, you couldn't go out for a haircut, and you had to start doing it yourself. So advertisers started putting messages in front of consumers around how they can help with personal care. It was the same idea for household supplies, which were up 34% year over year.

Food and beverages grew in Q4, and perhaps that's going to translate into into the new year. But, overall, they were down. And I think that's interesting to see. The thinking is that, since they were impacted substantially at the start of the pandemic, they're starting to grow now. But it has not fully compensated for the declines that they saw earlier in the summer last year.

Dentsu recently issued a report stating that Canada is poised to be one of the top-performing markets in terms of ad spend recovery. Does your research support a similar sentiment that investment will bounce back here?

Li: I think that advertising confidence in general will come back for Canada. We were hit really hard. Q2 was the worst among the Anglo markets, but then we were among some of the best-performing markets in Q4. I think some categories, financial services and automotive specifically, will see strong ad spend growth rates with the [eventual] vaccine rollout. Despite us seeing the last five months in single-digit declines, I think confidence will come back on both the sell-side and the buy-side.

Keown: There is a cautious approach that we're taking in Canada. Marketers seem reluctant to make any commitments now because of the uncertainty of the future. You talk about the vaccine... Well, in Canada, [vacinnation] could be anywhere from from March into September. I think other markets are leaping into the opportunities and being more optimistic and more aggressive with their marketing plans. In Canada, thus far, we've been more cautious. One of the prime reasons Canada is set to grow in 2021, though, is because we've got the furthest to go. While other markets started recovering in Q4, we're still behind.

Li: I completely agree with Jason. Overall, we need to catch up the furthest and we have the longest way to go. And that's why our growth will be one of the highest.